The damage system in Life’s Adventure: Netherworld Hero is based on a Rock, Paper, Scissor principal. The three elements are FIRE, ICE, and ELECTRICITY.

Fire stops ice, ice beats electricity and electricity is stronger than fire. There are at least two other damage types but let’s focus on these three first.

If you equip your hero with a weapon you should think about its damage value, its durability and last but not least the damage type of the weapon. A weapon should deal as much damage as possible, I think we are all clear about this. But what is it worth if the weapon breaks after just a few hits? So we have to factor the durability into our calculations. So far so good.

A bit more tricky is the elementary effect a weapon can have. Because this effect can make your weapon very effective against some enemies. But at the same time, it can be not as strong against other enemy types.

The last attribute to consider is the attack speed. Weapons come in to main types. One handed and two handed weapons. The two handed weapons are slower in general. But each weapon has its own speed attribute. So make sure to test every weapon that you can get your hands on.

It is up to you to equip your weapon loadout in a way that lets you deal with all the challenges that you’ll face. 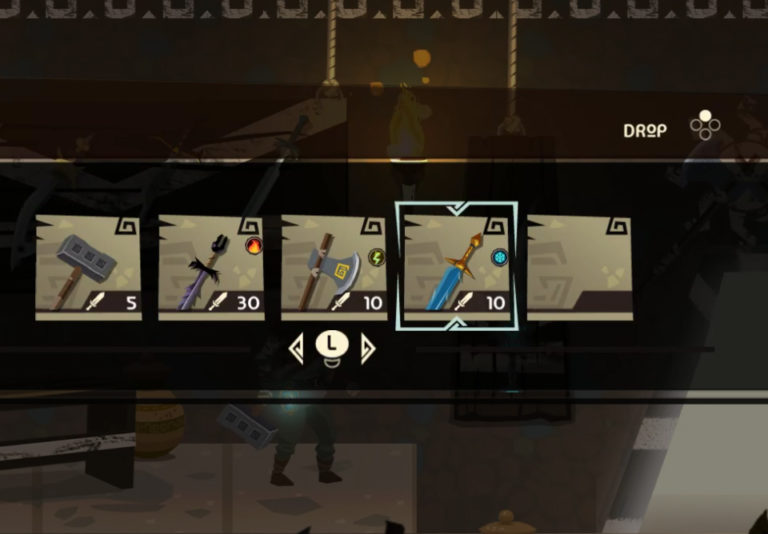 The right equipment can make the difference

Your inventory has a limited storage capacity. But this is nothing that you have to accept as it is. There are different ways to earn inventory expansions. These are very valuable because they give you the possibility to take more items with you. Which means more different weapon types or if you prefer to take with some health potions to heal your battle wounds.

You are what you wear

But fighting is not just about offense it is at least as important to protect yourself. One way is to carry a lot of health potions with you but you can as well gear up and change your wardrobe for better protection.

As weapons do armor sets have different attributes. They can strengthen your defense and influence your attack speed. But again be careful with the elemental influence. For example, strong fire protection might be a problem against electro enemies. 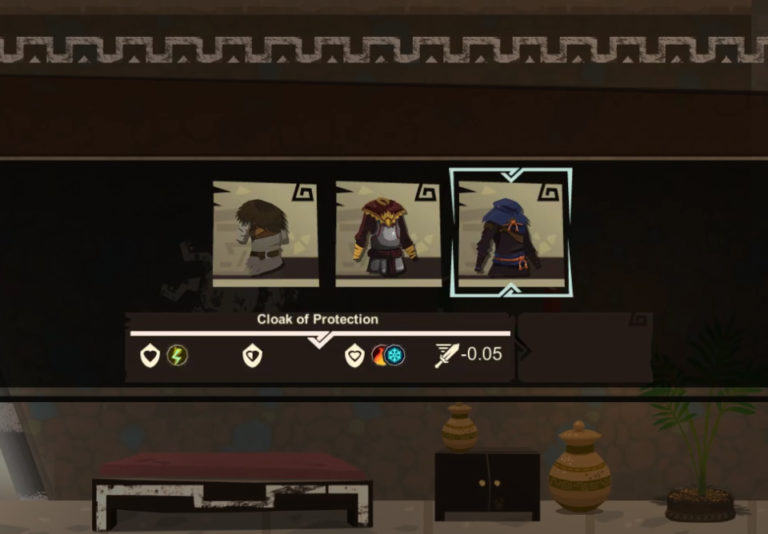